The Product Validation playbooks from learningloop.io have moved to a new home: Productplaybooks.com.
Learning Loop is now focused on offering mentoring by the world's best product mentors.

Fundraise for product development or production 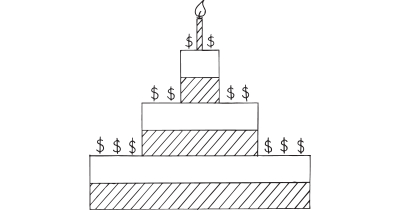 How: Advertise your product idea to allow customers to back your project for product development or production at different investment levels, each providing different benefits in return. Choose an existing crowdfunding platform or brew your own, depending on your intended audience and its match with your product or cause.

Why: Gain market feedback quickly while building awareness and reputation. Create a forum for engaging highly interested early adopters and beta testers by publishing progress through creator updates. Hopefully you will receive feedback excitement in return.

This experiment is part of the Validation Patterns printed card deck

A collection of 60 product experiments that will validate your idea in a matter of days, not months. They are regularly used by product builders at companies like Google, Facebook, Dropbox, and Amazon.

The first thing to do when planning any kind of test or experiment, is to figure out what you want to test. To make critical assumptions explicit, fill out an experiment sheet as you prepare your test. We created a sample sheet for you to get started. Download the Experiment Sheet.

What crowdfunding model should I choose?

There are several kinds of crowdfunding approaches. Before doing anything else, understand their differences to find which is the right for you.

The reward-based crowdfunding model works especially well for testing your minimum viable product. Platforms like Kickstarter and Indiegogo can help as a chennel to put prototypes in the hands of target customers at a scale that is big enough to gather actionable feedback and small enough to be managable as an experiment.

To make sure you move forward, it is a good idea to systematically record your the insights you learned and what actions or decisions follow. We created a sample Learning Sheet, that will help you capture insights in the process of turning your product ideas successful. Download the Learning Sheet.

The tools below will help you with the Crowdfunding play.

On May 24 2016, startup Pebble raised over $1 million in an hour on Kickstarter.com. The campaign ended up raising over $12 million. Pebble made a video, prepared pictures of the future product, wrote up text, and spread the word between friends and the media.

Receive a hand picked list of the best reads on building products that matter every week. Curated by Anders Toxboe. Published every Tuesday.

No spam! Unsubscribe with a single click at any time.

Is your problem worth solving?

Don't build something that nobody wants

Does your product solve the problem?

Are people willing to reach into their wallets?